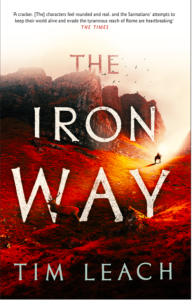 Cast to the edge of the Empire, the Sarmatian army must fight in defence of Rome in the second of a new trilogy set in the second century AD, from the author of Smile of the Wolf.

AD 175, Vindolanda, Britannia. After their cavalry was broken by the legions on the frozen waters of the Danube, Sarmatian warrior Kai bought his people’s lives with a pledge to serve Rome. Bound to the will of the Emperor, the Sarmatians are ready to fight and eager to die – death in battle is the only escape from the dishonour of their defeat.

Exiled from their home lands, they are ordered to take the Iron Way to the far north and the very edge of the Empire. Here, a great wall of stone cuts across the land as straight as the stroke of a sword. On one side, Rome’s dominion; on the other, mist and rumours – stories of men closer to giants, of warriors who fight without fear or restraint.

For a people who knew no borders, who were promised war, garrison duty is cruel punishment. But as insurrection stirs on both sides of the wall, Kai will discover that every barrier has its weaknesses – and he will have his chance to fight, perhaps to die.

‘The characters feel rounded and real, and the Sarmatians’ attempts to keep their world alive and evade the tyrannous reach of Rome are heartbreaking.’ The Times

Available for order now from Amazon and Waterstones. 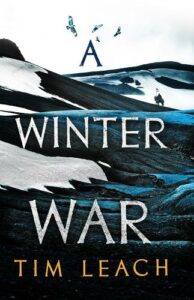 A disgraced warrior must navigate a course between honour and shame, his people and the Roman Empire, in the first of a new trilogy set in the second century AD, from the author of Smile of the Wolf.

AD173. The Danube has frozen. On its far banks gather the clans of Sarmatia. Winter-starved, life ebbing away on a barren plain of ice and snow, to survive they must cross the river’s frozen waters.

There’s just one thing in their way.

Petty feuds have been cast aside, six thousand heavy cavalry marshalled. Will it be enough? For across the ice lies the Roman Empire, and deployed in front of them, one of its legions. The Sarmatians are proud, cast as if from the ice itself. After decades of warfare they are the only tribe still fighting the Romans. They have broken legions in battle before. They will do so again.

Sarmatian warrior Kai awakes on a bloodied battlefield, his only company the dead. The disgrace of his defeat compounded by his survival, Kai must now navigate a course between honour and shame, his people and the Empire, for Rome hasn’t finished with Kai or the Sarmatians yet.

Available for order now at Amazon and Waterstones.

Smile of the wolf 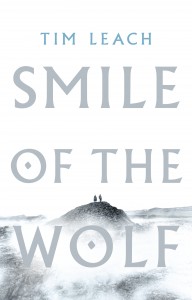 Tenth-century Iceland. In the darkness of midwinter, two friends set out on an adventure but end up killing a man.

Kjaran, a travelling poet who trades songs for food and shelter, and Gunnar, a feared warrior, must make a choice: conceal the deed or confess to the crime and pay the blood price to the family. For the right reasons, they make the wrong choice.

Their fateful decision leads to a brutal feud: one man is outlawed, free to be killed by anyone without consequence;the other remorselessly hunted by the dead man’s kin.

Set in a world of ice and snow, Smile of the Wolf is an epic story of exile and revenge, of duels and betrayals, and two friends struggling to survive in a desolate landscape, where honour is the only code that men abide by.

” Smile of the Wolf is a book to read as the light fades in the evening, curled in a blanket, with a half-smile on your lips and an ache in your heart: its ending packs a similar punch to that of The Lions of Al-Rassan. ” The Idle Woman

“I thought I’d never find another book that would communicate the wonder that is Iceland so well after reading Kent’s Burial Rites. I was wrong. Kjaran’s song to the land is a hymn composed in the same way that Leach chose to ‘’sing’’ about the country. A song whose lyrics are made of beautiful quotes and exquisite descriptions of the daily life, the gatherings, the struggle against the forces of nature in a place that is as beautiful as it is cruel. A song whose music is the wind, the murmur of the sea, the sound of the clashing swords…” The Opinionated Reader

The Last King of Lydia 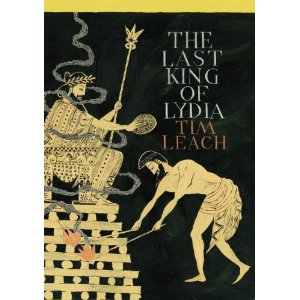 A defeated king stands on top of a pyre. His conqueror, the Persian ruler Cyrus, signals to his guards; they step forward and touch flaming torches to the dry wood. Croesus, once the wealthiest man of the ancient world, is to be burned alive. As he watches the flames catch, Croesus thinks back over his life. He remembers the time he asked the old Athenian philosopher, Solon, who was the happiest man in the world. Croesus used to think it was him. But then all his riches could not remove the spear from his dying elder son’s chest; could not bring his mute younger son to speak; could not make him as wise as his own chief slave; could not bring his wife’s love back; could not prevent his army from being torn apart and his kingdom lost. As the old philosopher had replied, a man’s happiness can only be measured when he is dead. The first coils of smoke wrap around Croesus’ neck like a noose…

Shortlisted for the 2013 Dylan Thomas Prize.

“Hugely poignant and at times shocking but always beautifully, lyrically written…I cannot praise The Last King of Lydia enough, nor urge you enough to read it…Without doubt, this is a contender for my novel of the year.”

“This is a beautiful retelling of Herodotus’s famous tale and I don’t think I can recommend it highly enough. It may only be April but this astonishing debut book from Tim Leach is without doubt my book of 2013.”

“This is Tim Leach’s first book, which is a shame, because The Last King of Lydia is so good you will want to read more of his work…since Mary Renault there have been few voices that have brought the Hellenic tales to life so well, and last year The Song of Achilles swept in as a welcome return to that voice. This year, The Last King of Lydia will continue the song.”

“On the surface, the book is an enjoyable adventure set in an ancient world, but the message of the book goes much deeper. Reading the story encourages a great deal of self-reflection and analysis…this is an absorbing, refreshing novel which offers something a little different to the norm.”

“A novel that is thought provoking, gives the reader a story of epic proportions and wraps it up with neat prose, solid dialogue and wonderfully imagined storytelling.”

“A fascinating and rip roaring read…well written with characters that spring to life.”

“I read it until my eyes were too heavy to keep open.”

” Mixed with a great deal of speculation and sneaking in a dollop of philosophising this is a thought provoking and rewarding read.”

The King and the Slave 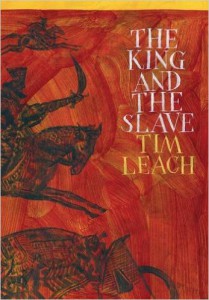 Ten years after the fall of Babylon, Cyrus’s army is on the march again. His slave Croesus, no longer a young man, accompanies him as always, as does the king’s son and heir Cambyses, who has inherited none of his father’s diplomacy or charisma and all of his vanity and violence. When the warriors of Persia are unexpectedly crushed in battle Cyrus is put to death, and Cambyses assumes the throne. Croesus, once a king himself, is called upon to guide the young man; but the young man cannot be guided, and after taking offence at an insult by an Egyptian ruler, Cambyses takes the full force of his father’s empire to Africa for bloody and brutal vengeance…

“A sophisticated and moving study of corrupted power” Sunday Times

Available now from Amazon and Waterstones

” This book, and the previous one read like a blend of historical fact and mythical tale; you can imagine having someone tell you the tales around a fire of an evening, as you travel through the Persian desert. Absolutely wonderful.”

“I am so delighted, but not surprised, that The King and the Slave is every bit as wonderful as The Last King of Lydia. Hugely moving, the events take place on a mix of grand and small stages but, above all, it is always believable and makes us at home in this ancient distant setting. Fabulous.”

“It is a beautifully written book and, at the end, deeply affecting. Unmissable.”